Friendly Sons of St. Patrick
of the Jersey Shore 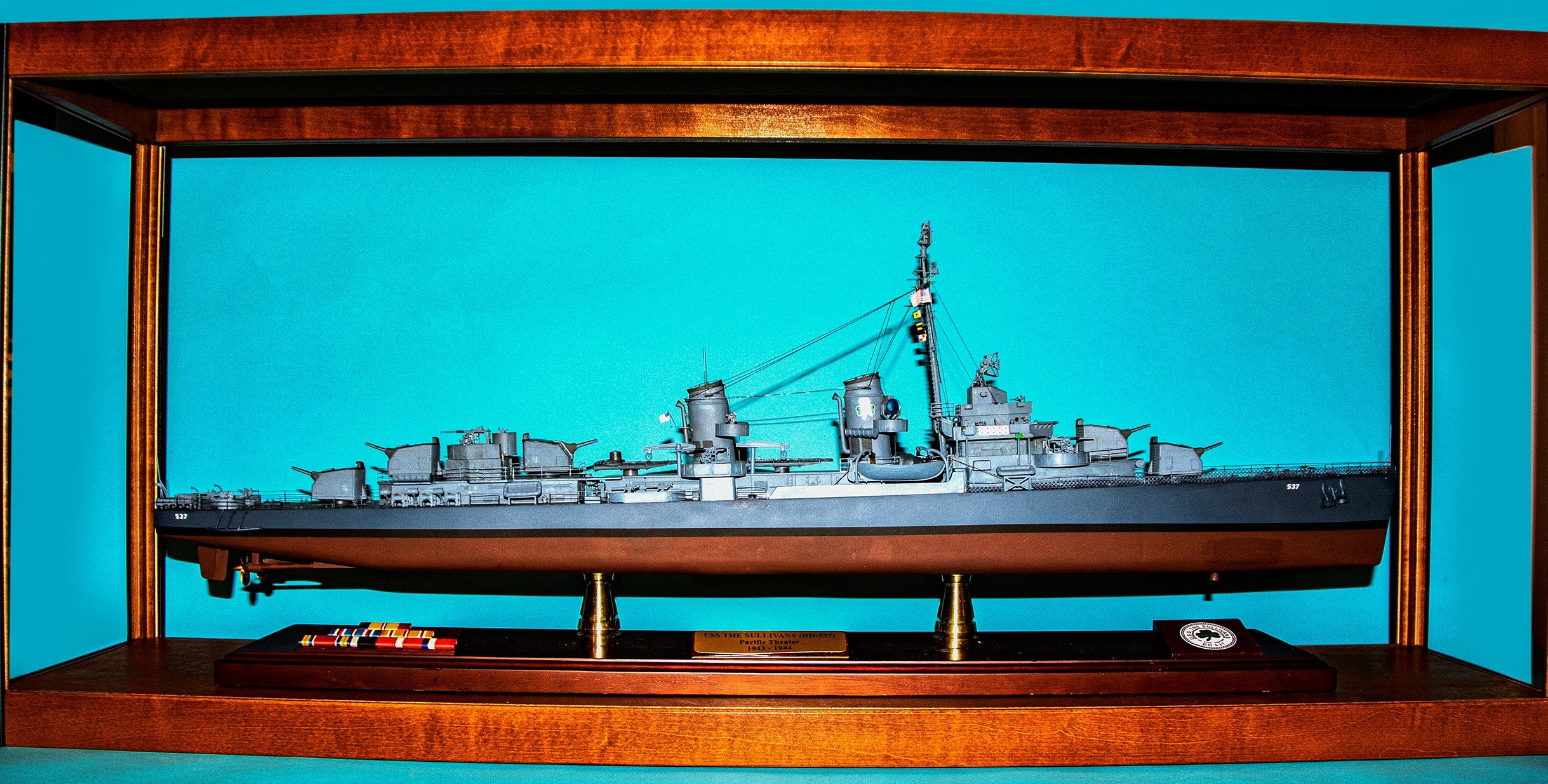 WINNER NEED NOT BE PRESENT TO WIN.

The model is a 1:125th (3 feet) scale model USS The Sullivans (DD-537) which was a WW II USN Fletcher class destroyer named in honor of the five Sullivan brothers who served aboard and died when their ship, The USS Juneau CL-52, was torpedoed by a Japanese submarine I-26 during the Battle of the Santa Cruz Islands on November 12, 1942 in a night battle near Guadalcanal. The ship sank in 42 seconds killing most of the crew and officers instantly. 140 of the crew survived but only 10 were finally rescued. The remaining survivors either died from injuries, exposure or from shark attacks. The model is depicted in its Nov. 1942 configuration and USN camouflage scheme Ms.21 (overall Navy Blue). It is presented in a display case on a mahogany display base with brass pedestals including nameplate, six (6) battle ribbons and ship’s seal. Other paraphernalia include framed photos of the Sullivan brothers, framed 5 Gold Star Banner and President Franklin D. Roosevelt’s condolence letter to their parents as well as a booklet about DD-537, USS Juneau CL-52 and other historical information of interest.

Save the date! ⛳️